Prime Minister Justin Trudeau says his government will ban single-use plastics — like bags, straws and cutlery — in Canada as early as 2021.

Trudeau made the announcement during a stop at the Gault Nature Reserve in Mont St-Hilaire, just outside Montreal, on Monday.

A full list of banned items isn't yet set in stone, but a government source told CBC News that list could also include items like cotton swabs, drink stirrers, plates and balloon sticks. Fast-food containers and cups made of expanded polystyrene, which is similar to white Styrofoam, will also be banned, said the source.
Вернуться к началу

Watch out. There’s another apocalypse looming. This time it’s the plants and animals. Our destructive habits, along with global warming, are laying waste to the Earth. According to the experts, we are on the brink of a mass extinction – one that could wipe out a million species.

Is there any silver lining to this story? Maybe. Human beings might be wiped out‚ too, and that, in many people’s view, would be a good thing. One of the top-rated comments for The New York Times’ mass-extinction story was: “... [T]he earth is shaking off the parasite that is man."

The extinction story was one of the top news stories of the week. That’s because predictions about species in decline and the fragility of nature are extremely popular these days. In fact, a lot of people think we are in the midst of the Sixth Great Extinction. Only this one won’t be caused by an asteroid, but by man.

How worried should we be? If history is any guide, the answer is not so much. Back in 1980, then-U.S. president Jimmy Carter released a report called Global 2000, which drew the same kind of headlines that this week’s 1,500-page United Nations report has. “If present trends continue,” the authors warned, “the world in 2000 will be more crowded … and more vulnerable to disruption than the world we live in now. Serious stresses involving population, resources, and environment are clearly visible ahead. Despite greater material output, the world’s people will be poorer in many ways than they are today." The report also predicted that millions of plant and animal species would become extinct: “Perhaps as many as 20 per cent of all species on Earth will be irretrievably lost as their habitats vanish, especially in tropical forests.”

As the Danish political scientist Bjorn Lomborg points out, none of the report’s dire forecasts panned out. By the year 2000, the proportion of the world’s poor had shrunk significantly. Food supplies were more abundant. It’s true that there was some species loss, maybe too much. But according to Mr. Lomborg, the documented species loss from 1980 to 2010 was 872. That’s 872 in a global population of several million.

I don’t want to minimize species loss – or species depletion, which is an even bigger problem. Our oceans have been stripped bare. The remaining elephants and rhinos in Africa are endangered, not by climate change but by poachers. These issues demand urgent attention. Wouldn’t it be better to focus on the real challenges that exist right now, rather than the ones that are hypothetical?

Unfortunately, the people who issue these reports believe that catastrophizing is the only way to get our attention. That’s why there’s so much of it. We have only 12 years to bring the planet back from the brink! More than two degrees of warming would devastate the Earth!

The numbers lend an air of urgency to the problem, as well as a reassuring touch of scientific precision. But they have more to do with marketing than science. They are supposed to inspire us to take action. But in fact, they inspire disaster fatigue. The problems seem too big to tackle, especially if the solutions require all the nations of the world to get together and act in concert. So when might that happen? The answer is never.

But it’s futile to try to have a rational conversation about climate change. That’s because at root it is a theological subject. Climate change is the modern version of original sin. And only sacrifice and penance might persuade Mother Nature to redeem us.

Among the current leaders of the climate crusade is a 16-year-old Swedish student named Greta Thunberg. Ms. Thunberg has inspired students around the world to hold climate strikes. She has appeared at the UN, at Davos and at TED talks, where she says, “I want you to panic.” She doesn’t eat meat or dairy, and she tries not to fly on planes.

Ms. Thunberg, who has autism, learned about the starving polar bears in school. By the time she was 11, she had begun to absorb the enormity of climate-change sin. “I became ill. I fell into depression, I stopped talking and I stopped eating. In two months, I lost about 10 kilos of weight. Later on, I was diagnosed with Asperger syndrome, OCD and selective mutism. That basically means I only speak when I think it’s necessary,” she told one TED audience. Naturally, she has already been nominated for a Nobel Peace Prize.

So what’s so wrong with all this?

Quite a lot, argues the British writer Brendan O’Neill. Green alarmism, of the type peddled by Ms. Thunberg and many others, is instilling a message of hopelessness in an entire generation of kids. These people believe the world is divided between the righteous (them) and the damned (everybody else). But the worst part is that their worldview is deeply anti-human.

The kids need some good news for a change. So here’s some. It is exceedingly unlikely that the planet’s plants and animals (the vast majority of them, at any rate) are going to disappear any time soon. Maybe we could tell them that. 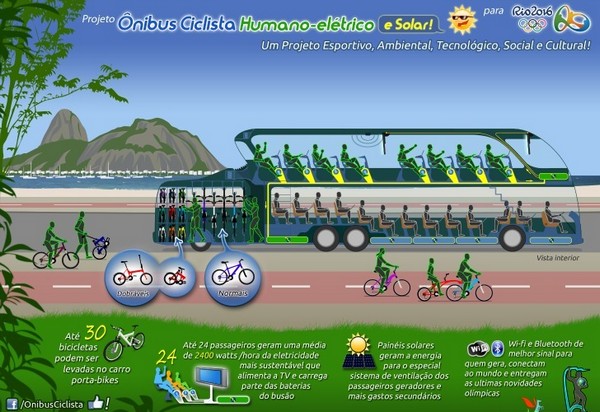